The American College of Greece Model United Nations (ACGMUN) Conference is a three-day conference conducted in English and open to senior secondary school students (although junior secondary school students are also welcome), which first took place in 2017 on the campus of Pierce, The American College of Greece and last year successfully completed its 5th session.

4th ACGMUN: April 4th – April 5th, 2020 (Cancelled, a few weeks before it was about to take place due to COVID-19 restrictions)

Pierce, The American College of Greece, is situated in Athens, Greece and is a school with a long history, dating back to 1875. As stated in the Pierce site, “The mission of Pierce is to provide a holistic education to form intellectually independent, morally responsible, socially engaged global citizens. “Non ministrari sed ministrare” (“Not to be served but to serve”) defines our institutional character and our aspiration for our students.”

ACGMUN therefore, also abides by the above principles and aims to create an environment during the conference where students will be able to research and debate on current issues, which affect the global community and feel comfortable to express their opinions and subsequently form alliances to work on feasible solutions.

The 1st ACGMUN was proud to have a total of 250 delegates attend from schools in Greece and around the world. The 2nd ACGMUN had a total of 350 delegates and the 3rd, 4th and 5th ACGMUN a total of 450 delegates. Every year, we have approximately 20 – 35 schools attend and the majority of delegates are non-Pierce students. Schools that have participated on an international level, come from countries such as: Bulgaria, India, Turkey, the Netherlands, Cyprus, Italy & South Africa.

Every conference has a central theme, on which some of the Agenda topics are based upon. Themes in the past have been: Globalism, Stability, Equality / Digital Citizenship / Zero Hunger / Global Unity / Decent Work and Economic Growth and this year’s theme, which is Breaking Barriers, is the core focus of the United Nations since its creation. The students of the organizing team of each conference decide upon both the theme and the Agenda topics. ACGMUN enforces THIMUN Rules of Procedure. English is the only official and working language of this conference and therefore it is used in all proceedings and all kinds of communication between the delegates. This rule applies to all the committees and the school premises at all times.

The greatest asset of ACGMUN is the fact that it is organised by students to a great extent. The organising team each year consists of approximately ten Pierce students, who are selected through an interview among others, and in collaboration with the three Pierce MUN Directors (Advisors), former ACGMUN Secretariat members as well as the current Secretariat of each conference, they all work closely together to create a incredibly and highly reputable MUN conference each year. For the opening ceremony of every conference we invite high profile guest speakers, such as ambassadors from various countries and professionals in the fields of Human Rights, Economics and Sustainability among others. Our closing ceremonies have a more fun tone with student officers being given their turn to speak.

Our conference also prides itself in the fact that it strives to upkeep the sustainability goals of our school and during our live conferences, we even achieved a silver star in sustainability, according to our school’s guidelines, by reducing waste to a minimum in accordance to the Stars Rating System, from which our school has received a gold star.

During our three-day or two-day conference, we even publish a newsletter, with events of the day and highlights been mentioned, and in 2019, our conference featured an online live blog in its place so as to further reduce paper usage.

Finally, we are excited to announce that the 6th ACGMUN will be able to take place live and we are hopeful that, in future conferences, our dream to attain THIMUN affiliation will be realised. 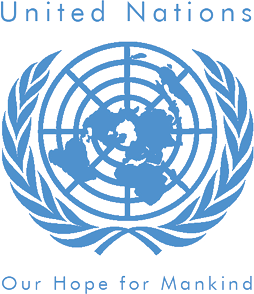